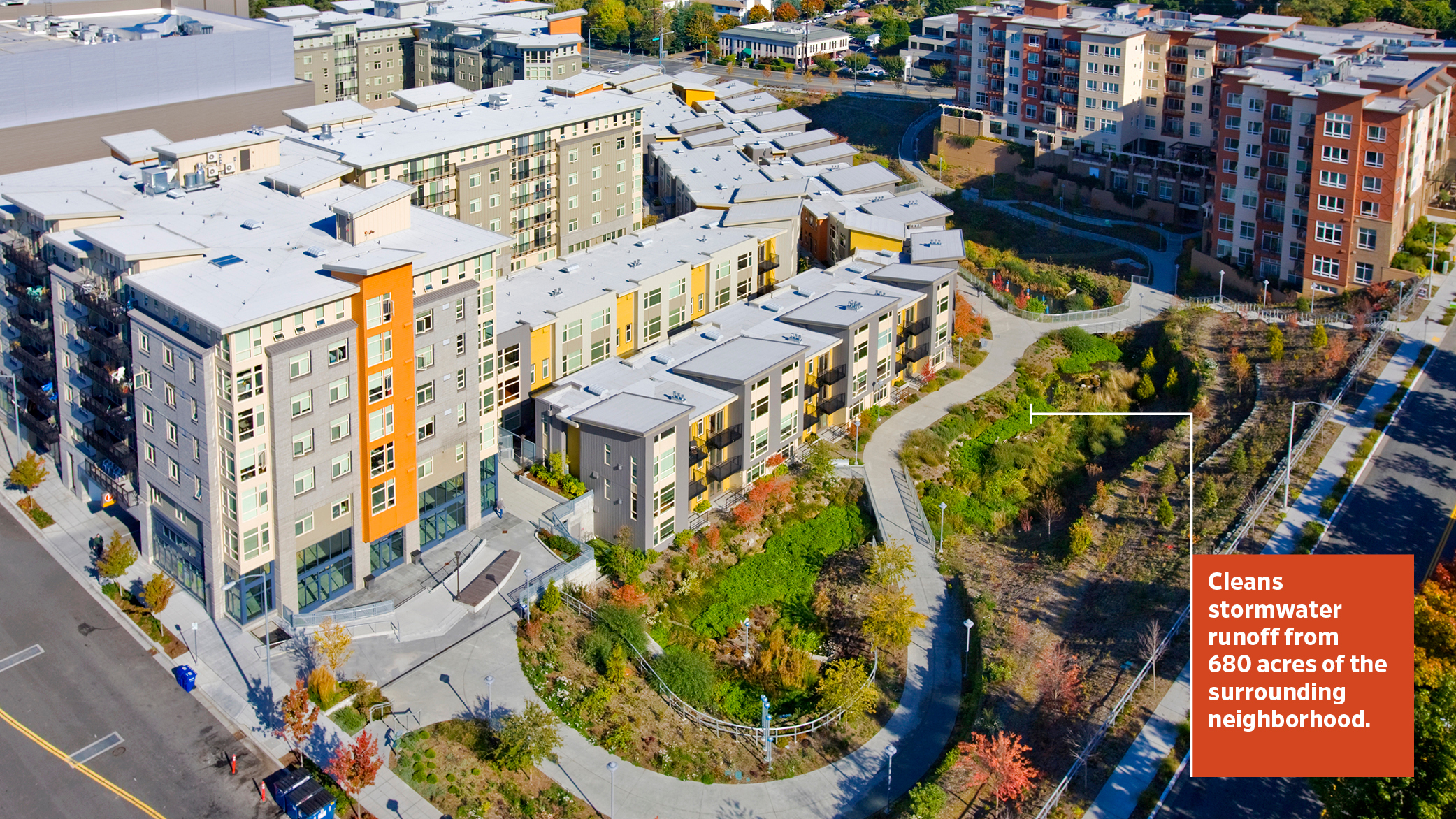 The Thornton Creek Water Quality Channel is the green heart of a walkable, transit-oriented development in Seattle’s Northgate neighborhood. The channel was designed by landscape architects at MIG to clean stormwater runoff from 680 surrounding acres before the water flows into the South Fork of the salmon-bearing Thornton Creek. The channel reduced impervious surfaces in Northgate by 78 percent and increased open space by 50 percent. The City of Seattle found that the $14.8 million channel has already catalyzed $200 million in nearby residential and commercial development.

The channel grew out of grassroots efforts to try to daylight the piped Thornton Creek. Political leaders overcame a logjam between developers and environmentalists by establishing a broad-based group of Northgate stakeholders to find a way to integrate private development, public open space, and green infrastructure for managing stormwater.

The 2.7-acre project, which opened in 2009, was developed by Seattle Public Utilities, with funding support from Washington State Department of Ecology, which received a loan from the Washington State Water Pollution Control Revolving Fund.

Aligned with the original course of a segment of the creek, which had been buried under a mall parking lot, the channel lifts stormwater out of a subterranean pipe. Once on the surface, stormwater courses through the channel’s forms, soil, and native plants, which remove harmful pollutants through a kind of riverine dialysis.

According to MIG, the channel improves water quality by using native plants to slow down stormwater flows, which allows sediment and associated pollutants to settle out. The channel incorporates some 49,000 native perennials, herbs, grasses, rushes, and sedges to accomplish this process. Within the channel are an additional 172 native trees and 1,792 native shrubs. As the plants have taken root, native birds and insects have been observed inhabiting the channel landscape. Cleaner water also helps increase chances for salmon to survive in the broader urban creek watershed.

Beyond the stormwater management and wildlife habitat benefits, the channel also created a vital new public space for residents and visitors to the adjacent, walkable development Thornton Place, which added 530 units of housing, a movie theater, and 50,000 square feet of retail space to a previously car-dependent area.

Overlooks and bridges allow residents and visitors to enjoy the channel’s ecological habitats and wildlife. Seat walls and benches offer spaces to linger. Interpretive signs teach visitors about the landscape’s ability to restore ecological functions. Crisscrossing pathways over the channel shortened walking distances between the development and a nearby major transit hub by 50 percent.

Kaid F. Benfield, a leading sustainable cities advocate with Placemakers, argued that the entire development was “possibly the best example of transit-oriented urbanism, natural public space, and green stormwater infrastructure I have ever seen.”

The channel is also expected to improve Northgate’s resilience to future climate impacts. With rising temperatures, the Pacific Northwest is expected to experience wetter and warmer winters. The channel’s ability to detain stormwater flows and slowly release them to the creek system will reduce downstream flooding. 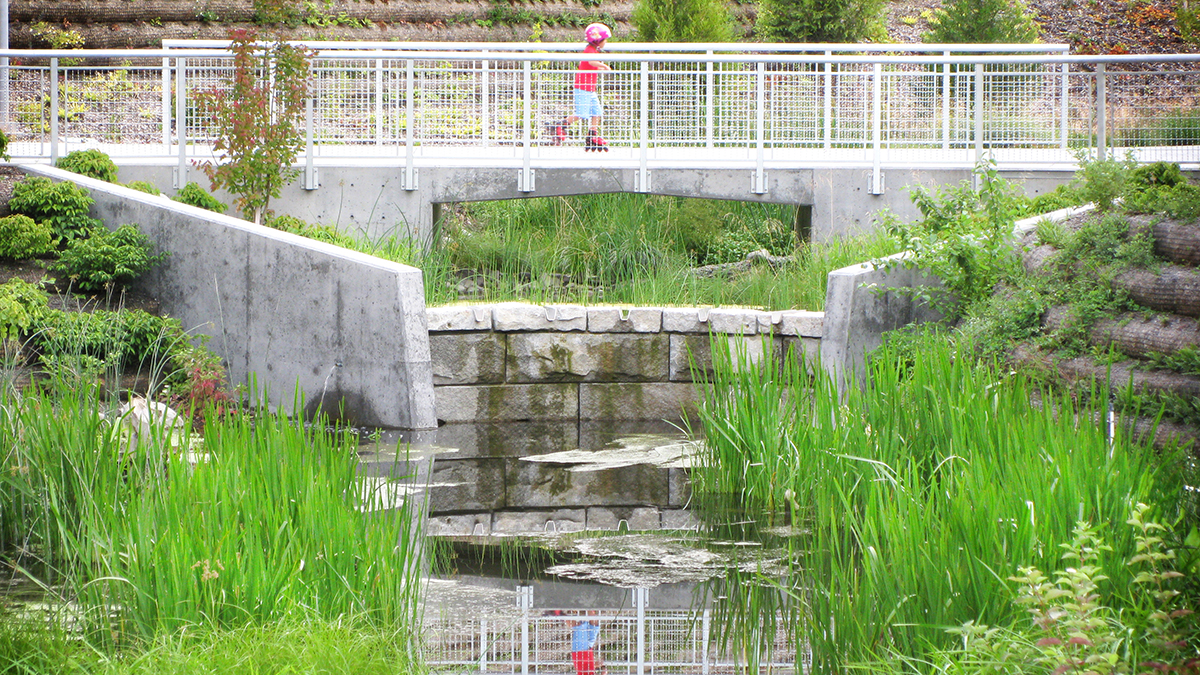