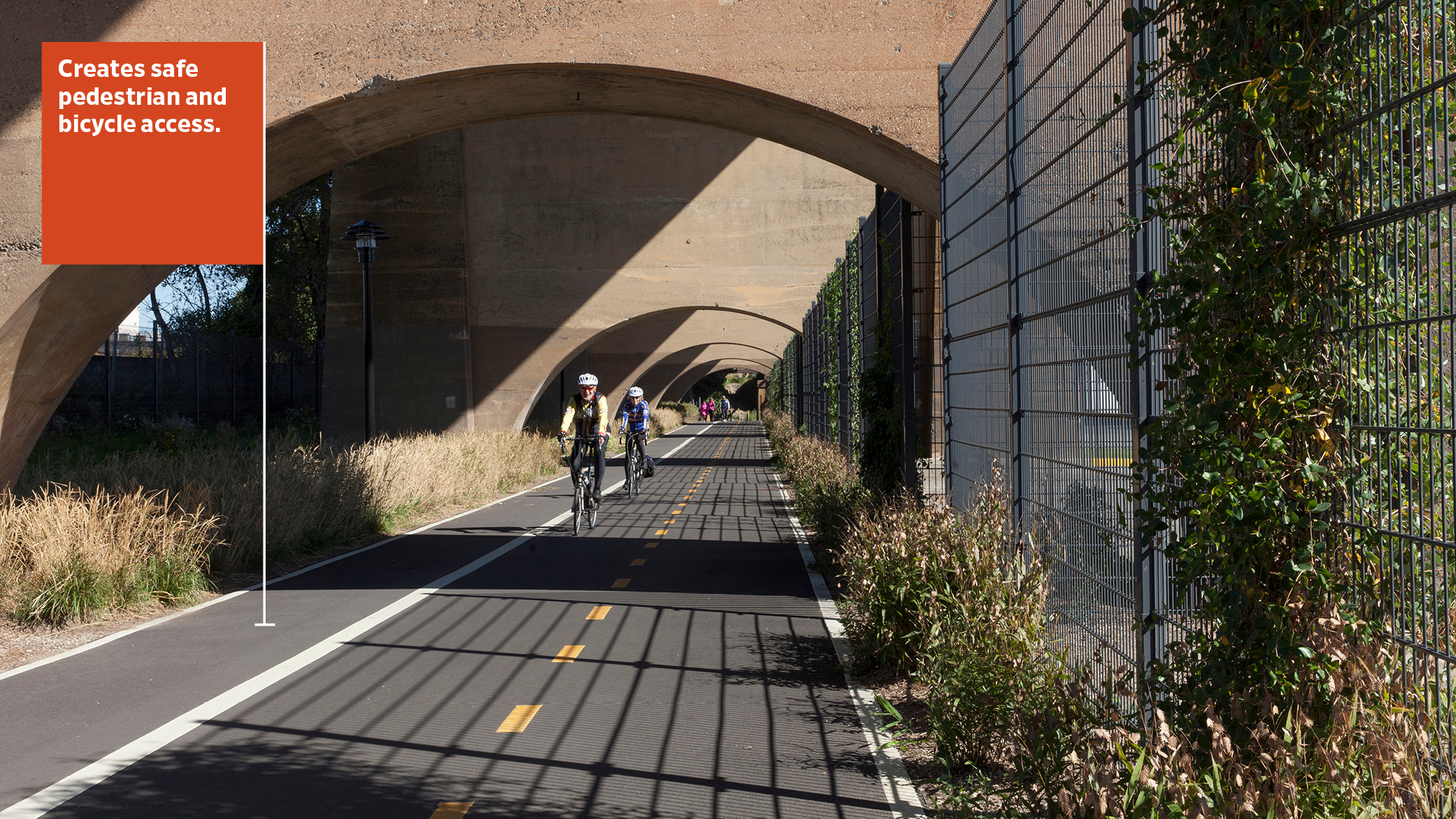 For decades, community groups in the South Bronx sought to address the lack of safe and convenient pedestrian and bicycle access to nearby Randall’s Island, which offers 330 acres of public parks. Working with two community groups and the New York City Economic Development Corporation (NYCEDC), landscape architects with MNLA designed the Randall’s Island Connector, a ¼-mile-long multi-modal path underneath an Amtrak freight line. Soon after opening the connector, the number of free community events on Randall’s Island increased by over 500 percent.

Beginning in 2004, two community groups -- The Point and Sustainable South Bronx (SSBx) – along with the NYCEDC worked with MNLA to create the South Bronx Greenway master plan, which sought to dramatically improve pedestrian and bicycle transportation options in the underserved community of New York City. The Randall’s Island Connector, which is part of the broader greenway plan, was identified by the community groups as the best way to link the Port Morris neighborhood of the South Bronx over the Bronx Kill, a waterway, to Randall’s Island.

After the completion of the master plan, the Point and SSBx led community meetings to select five priority projects that they felt would have the greatest initial impact. The $6 million Connector project was selected because it would provide a direct and accessible connection from the South Bronx peninsula to Randall’s Island, which has some 330 acres of parkland, including extensive soccer and baseball fields and tennis courts.

Construction on the Connector didn’t begin until 2013, because of the complexity of the legal and regulatory issues involved in building a pedestrian and bicycle pathway under an active Amtrak freight line. Lengthy negotiations were required to secure the land easements to build the pathway, which runs through state-owned but privately-controlled property. The Connector also required federal funding to install netting under the rail line and coordination with a private utility company to build a bridge over the Bronx Kill.

One of the primary technical challenges was designing and building an Americans with Disability Act (ADA)-accessible pedestrian and bicycle pathway at grade under railroad trestles. NYCEDC and Con Edison, the power company in NYC, financed a new pedestrian and bicycle bridge that crosses the Bronx Kill waterway. The bridge was engineered to include supplemental rails for bicyclist safety and a removable bridge decking surface. MNLA’s engineer designed the footings of the bridge, which spans 70 feet. When freight trains cross the tracks in the mornings, they trigger a mechanism that closes gates at either ends of the pathway to ensure safety.

The Connector has no connections to water or sewer utilities, so MNLA graded the site to capture stormwater runoff in bioswales along the path edges. A diverse mix of hardy native and adapted plants were incorporated, including eastern bottlebrush grass, inland sea oats, black chokeberry, and sweet smooth oxeye. The plants help improve water quality of the Bronx Kill and its tidal ecosystem.

Climbing hydrangea and Virginia creeper vines were also planted at the base of fences along the southeastern length of pathway to shield pedestrians and bicycles from views of the expansive New York Post parking lot adjacent to the pathway.

According to MNLA, the Connector is a “sublime kinesthetic experience for pedestrians, runners, cyclists, and commuters, who can experience the monumental infrastructure of the railway bridge on the landscaped path.”

The Point and other community groups continue to be involved in the design of the other priority projects identified as part of the greenway plan and have helped ensure that elected officials, the Community Board, and other city agencies cooperate to advance them. 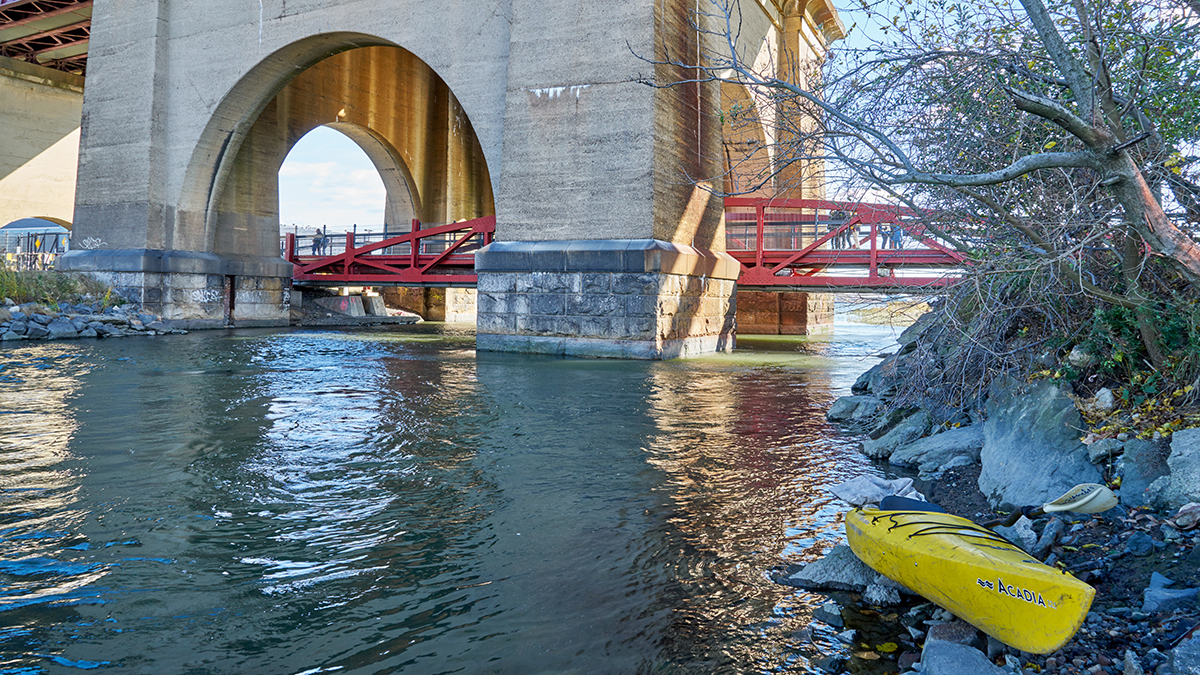