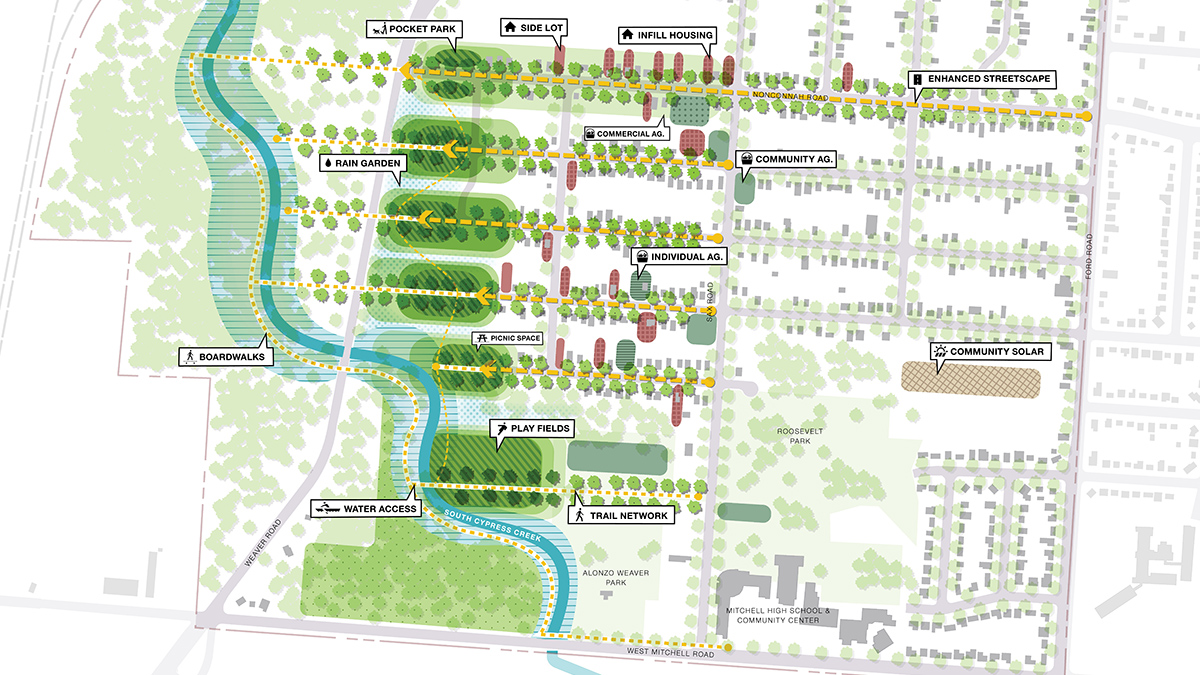 In 2011, the Mississippi River flooded, causing significant damage in Shelby County. Some 345,000 people lost power and nearly 200 homes were damaged or destroyed, resulting in approximately $2 billion in property damages. The county was identified by the U.S. Department of Housing and Urban Development (HUD) as one of the nation’s most affected communities. In an effort to improve regional resilience, HUD’s National Disaster Resilience Competition awarded $60 million to Shelby County to implement five projects at different scales. One of these—the South Cypress Creek and West Junction Neighborhood Design Implementation project—increases the West Junction neighborhood's capacity to prepare for and adapt to future flooding. Sasaki developed design concepts to revitalize the vulnerable neighborhood's vacant lots; manage stormwater and restore the ecological health of South Cypress Creek; and increase the neighborhood’s usable open space through multiuse trails and community amenities.

Shelby County and HUD sought to help those most vulnerable to flooding first. With a median income of $28,825, which is 40 percent below the average of Shelby County, West Junction, an underserved, majority African American community of 2,035 people, was identified as one of the communities with the greatest need.

When the Mississippi River floods, its backwaters overwhelm its tributaries such as South Cypress Creek. The 2011 flood events caused 155 of the neighborhood's parcels to be affected. Of those, 75 percent were vacant.

Sasaki devised a conceptual design that met community needs and identified properties for voluntary buyout and relocation. Vacant lots within the floodplain were transformed into new solar lots, flood lots, nature lots, and agricultural lots. Near the creek, water-absorbing rain gardens and sports fields and 15 acres of restored wetlands will help naturally manage floods and stormwater. Scenic trails leading to the creek give residents safer and more convenient access to fishing. 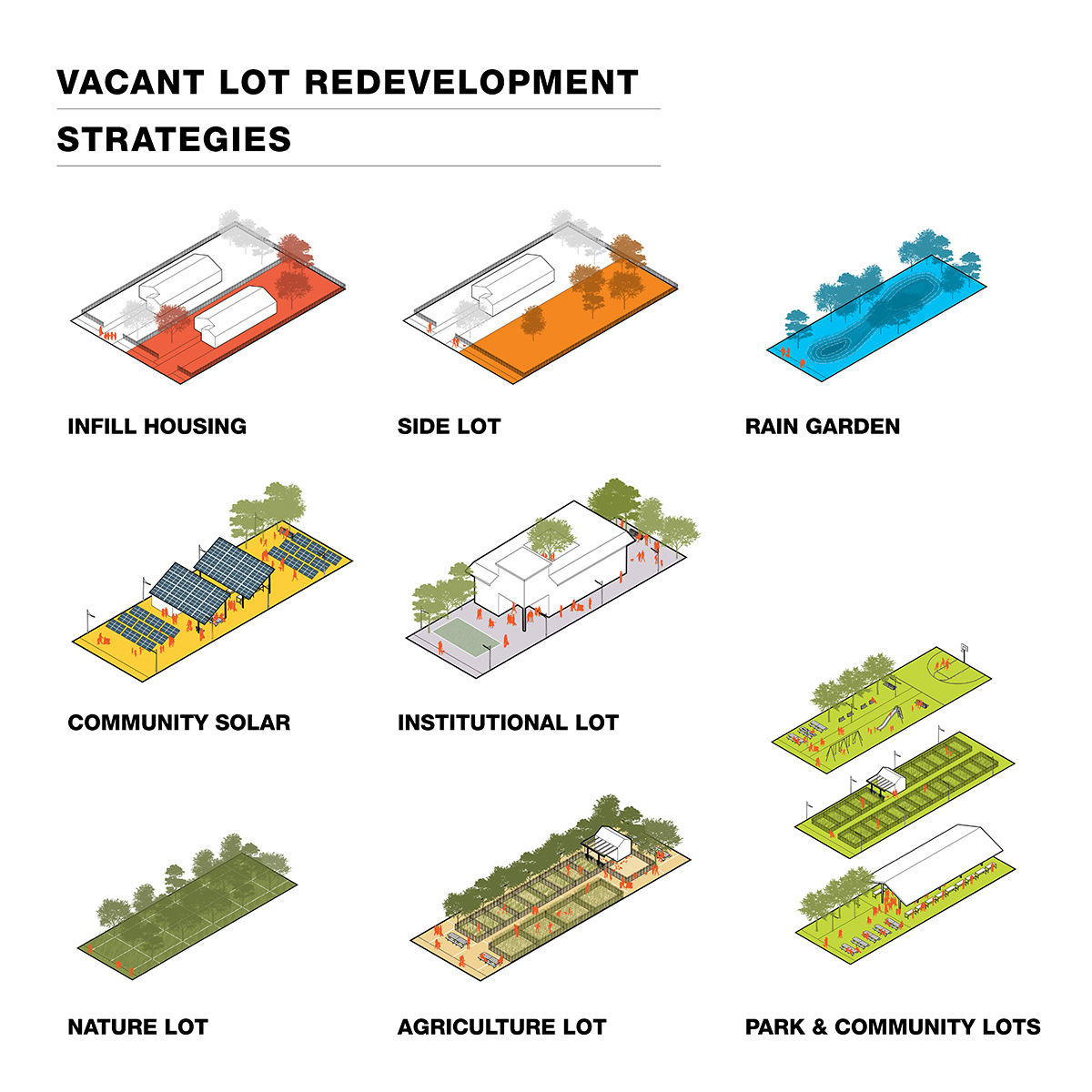