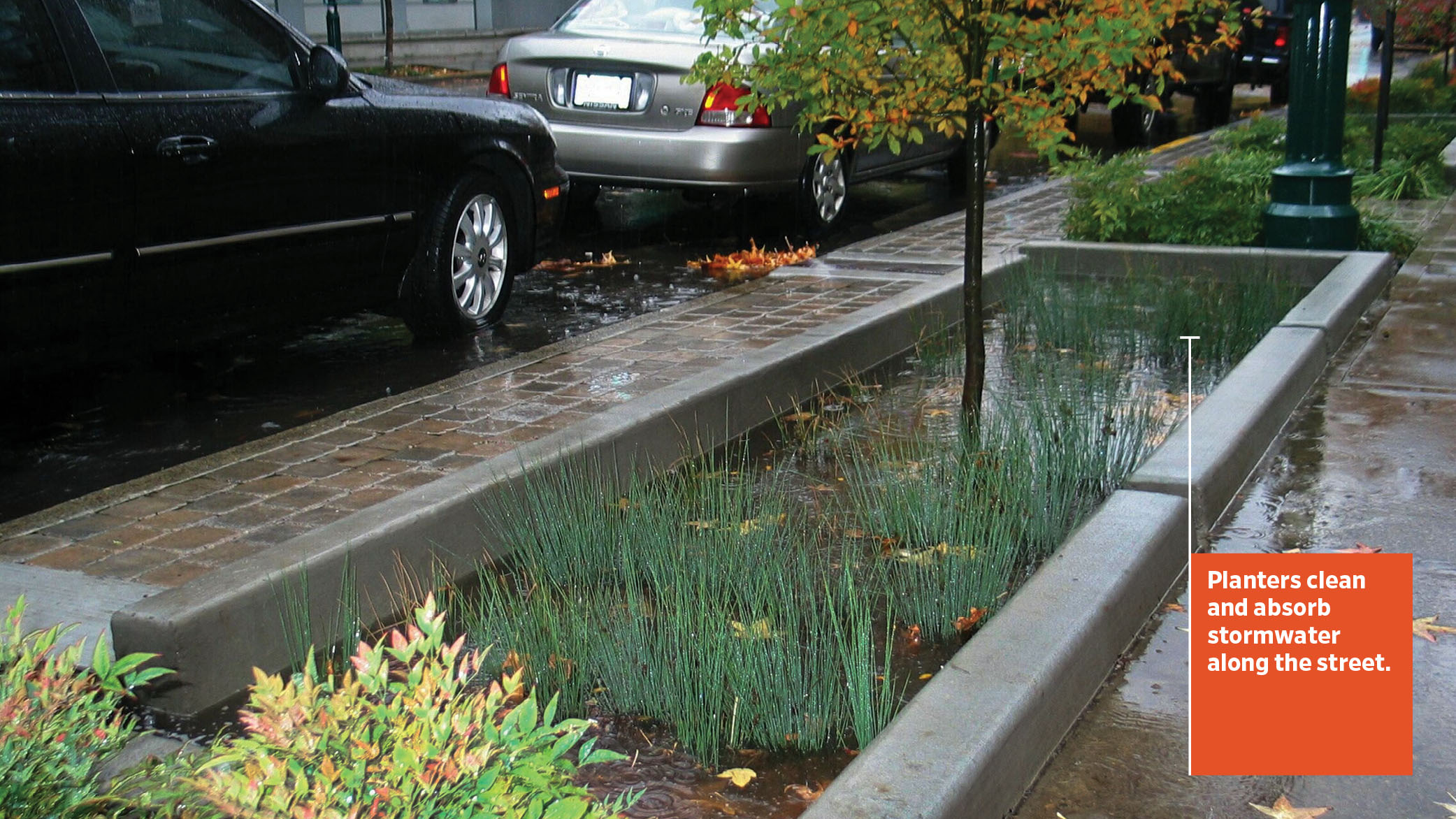 Impervious surfaces, such as streets and sidewalks, force enormous volumes of rain into storm drains, ultimately sending contaminated water into the watershed. Existing sewer infrastructure is often in disrepair and unable to handle storm events, which are only becoming more frequent and destructive because of global climate change. In 2005, Kevin Robert Perry, FASLA, designed a model green street along SW 12th Avenue in Portland, Oregon. Working with the city’s transportation and parks department, the project was constructed for just $30,000. The green street project captures 8,000 square feet of impervious area runoff by allowing this stormwater to enter the first of four sidewalk stormwater planters through a 12-inch curb cut. Water collects in the planter’s landscape up to a depth of six inches, at which point it exits the planter and continues downhill to the next one. Water infiltrates within the stormwater planters at a rate of four inches an hour and is cleansed as it interacts with the plant material and slowly soaks into the ground. The green street typically manages nearly all 12th Avenue’s 180,000 gallons of runoff every year, essentially disconnecting it from the storm drain system that feeds directly into the Willamette River.

The paramount design challenge for retrofitting SW 12th Avenue Green Street was finding sufficient space to locate the stormwater planters while minimizing conflict with other streetscape elements. It was difficult to integrate pedestrians, on-street parking, street trees, landscaping, street lighting, signage, and stormwater planters within the eight-foot-wide zone of space.

Perry quickly realized that for the stormwater planters to work in tandem with on-street parking, the design must improve pedestrian circulation between the sidewalk and parking spaces.

Multiple design strategies were employed. A three-foot-wide parking egress area was reserved for people to access their vehicles without competing with the stormwater planters. Perpendicular pathways were located between each stormwater planter so that pedestrians would not have to walk very far to access their cars or the sidewalk. The design also created a four-inch curb exposure at each planter to help indicate to the pedestrian that there is a drop in grade. Each curb cut that allows the street runoff to enter the stormwater planters has an accessible grate, compliant with American Disabilities Act requirements, to allow for unencumbered pedestrian flow along the parking egress. 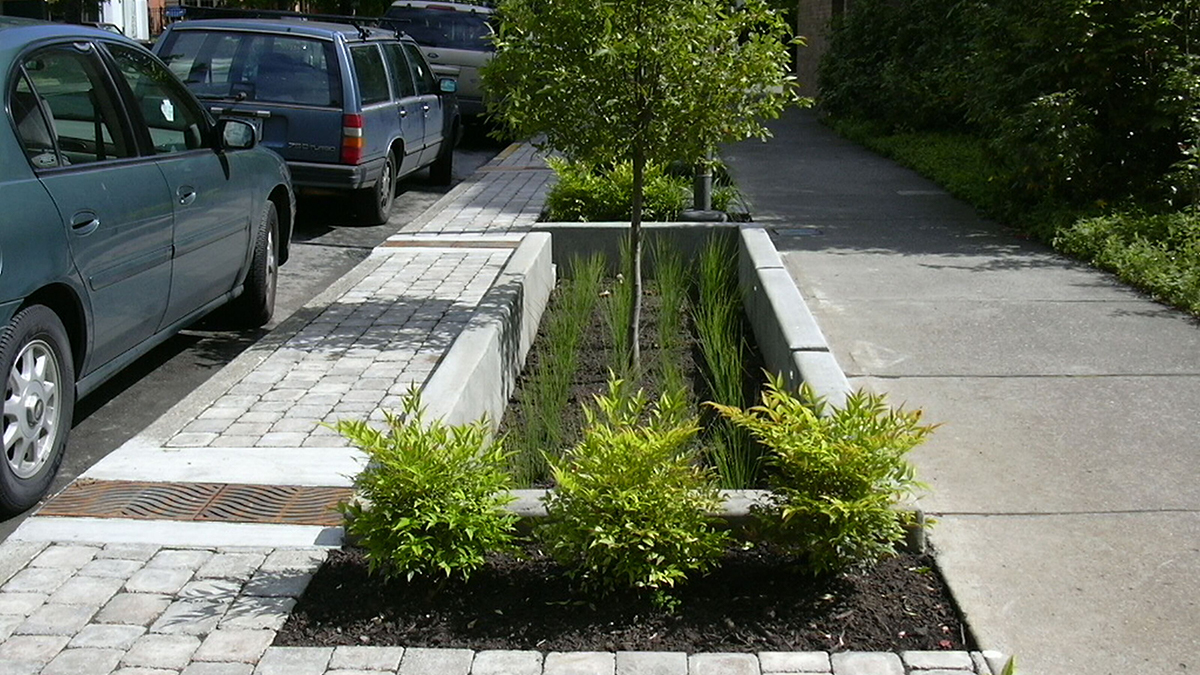