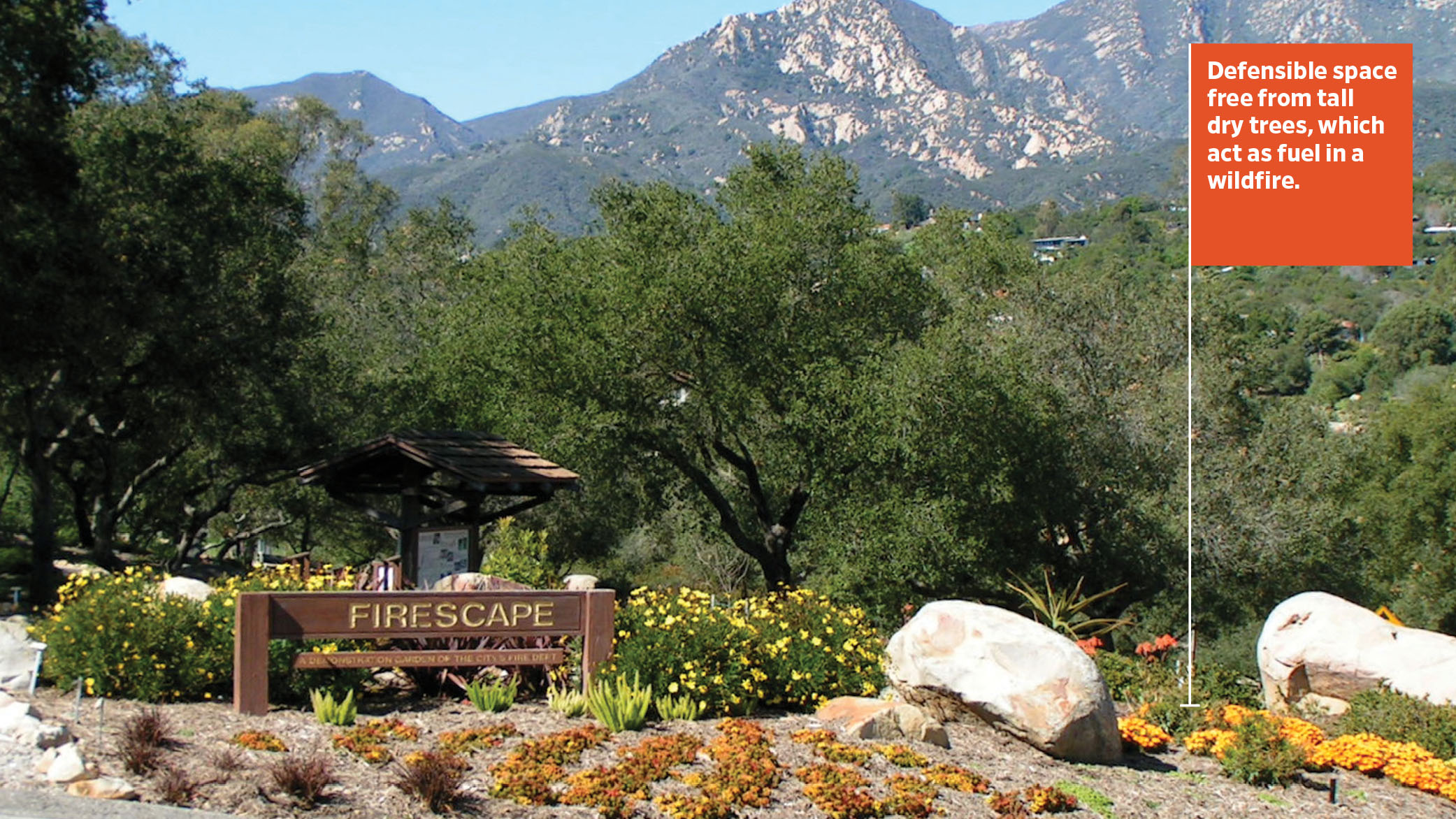 Climate change-induced drought and runaway human development along the fire-prone wildland-urban interface are causing wildfires to become increasingly common and deadly in the western United States. With 95 percent of all wildfires sparked by the activity of people, it is important for individuals to take personal responsibility for preventing them. Owen Dell and Associates, LLC, and Billy Goodnick designed this demonstration garden outside Santa Barbara’s Firehouse #7 to educate homeowners about “firewise” landscaping. Hardy plantings are organized into four concentric zones that become taller and less water-intensive the farther away they are from the home. Combined, these zones create the 100 feet of defensible space around the home required by California law to prevent the spread of wildfire. The regionally appropriate plants in the Firescape Demonstration Garden form a natural vegetative buffer that is as attractive as it is effective against fire.

Zone 1 is the area immediately surrounding the home, between 0 and 30 feet from the structure. Any plants here should be low-growing and irrigated. The goal is to avoid providing fuel for fires. Inert materials such as gravel and mulch also work well in this zone. The zone may also include pathways, patios, and mulch made of fire-resistant materials. Tobira and shiny leaf jasmine planted in this zone are fire-resistant and also exhibit drought, heat, dust, and smog tolerance.

Zone 2 is 30–50 feet from the home and also features low-growing ground covers and fire-resistant succulents that require some irrigation. Fleshy succulents such as jade and Sedum store water in their tissue and resist fire. Similarly, oleander shrub tolerates intense heat and sunlight, little water, and poor soils. Routine maintenance and irrigation enhance the effective high-moisture content of these plants, which in turn should substantially slow the onslaught of an out-of-control fire before it reaches the home.

Zone 3 is between 50 and 70 feet from the home and consists of native and Mediterranean plants that require little irrigation. Plants here are still low-growing and burn quickly in fires while producing small flames, decreasing the chance of spreading the fire farther into the interior. Shrubs like santolina and rockrose and meadow plants like yarrow tolerate sun, heat, and poor soils and need little moisture. Invasive grasses and crowded plants should be periodically removed from this area.

Zone 4 lies farthest away from the home, 70 to 100 feet or more. It consists of native vegetation that has been removed and thinned in a mosaic pattern. Plants in this zone, like the coastal live oak tree and the silk tassel bush, have adapted to long dry seasons and have extensive root systems that allow the plants to draw water from deep within the soil. They also have the added benefit of providing soil stabilization along slopes. Maintenance requires the removal of overgrowth, dead material, and major pruning every three to five years.

When it comes to firewise design and environmentalism, an ounce of prevention is worth a pound of cure. As Owen Dell, ASLA, puts it, “for every home we save from destruction in a wildfire, we have avoided a pretty massive environmental and climatic impact. The emissions from a burning home and its contents are enormous and toxic, and of course replacing it all requires the purchase of so many kinds of troublesome things and the impacts of construction activities.” 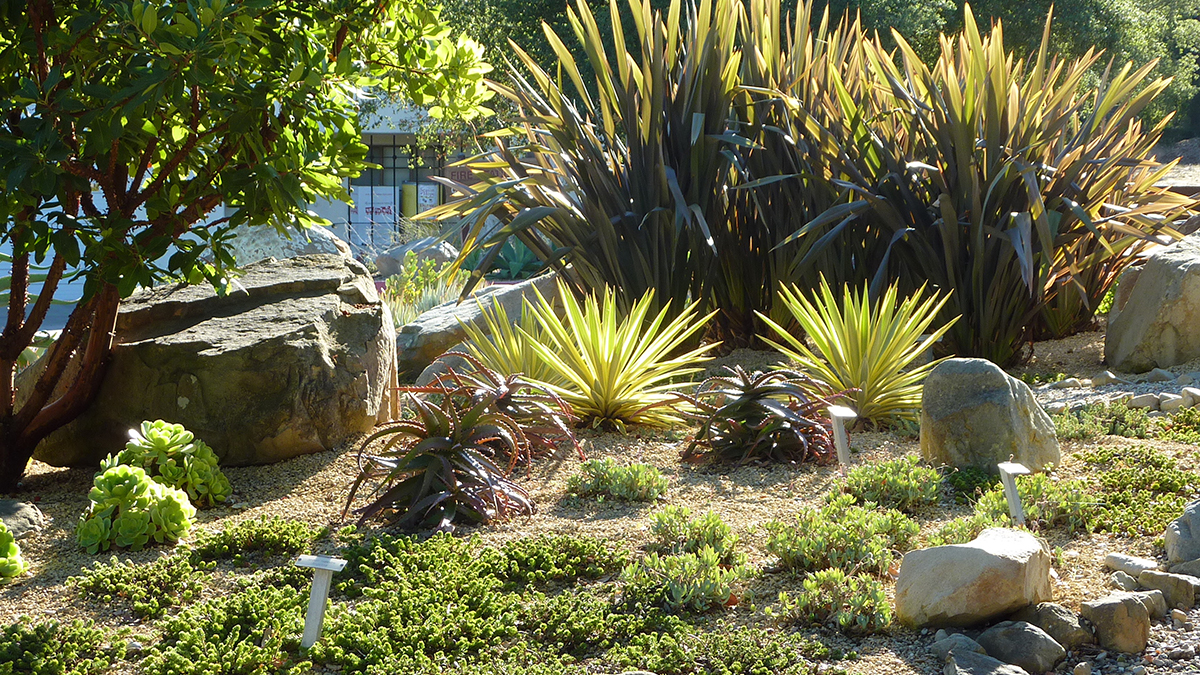