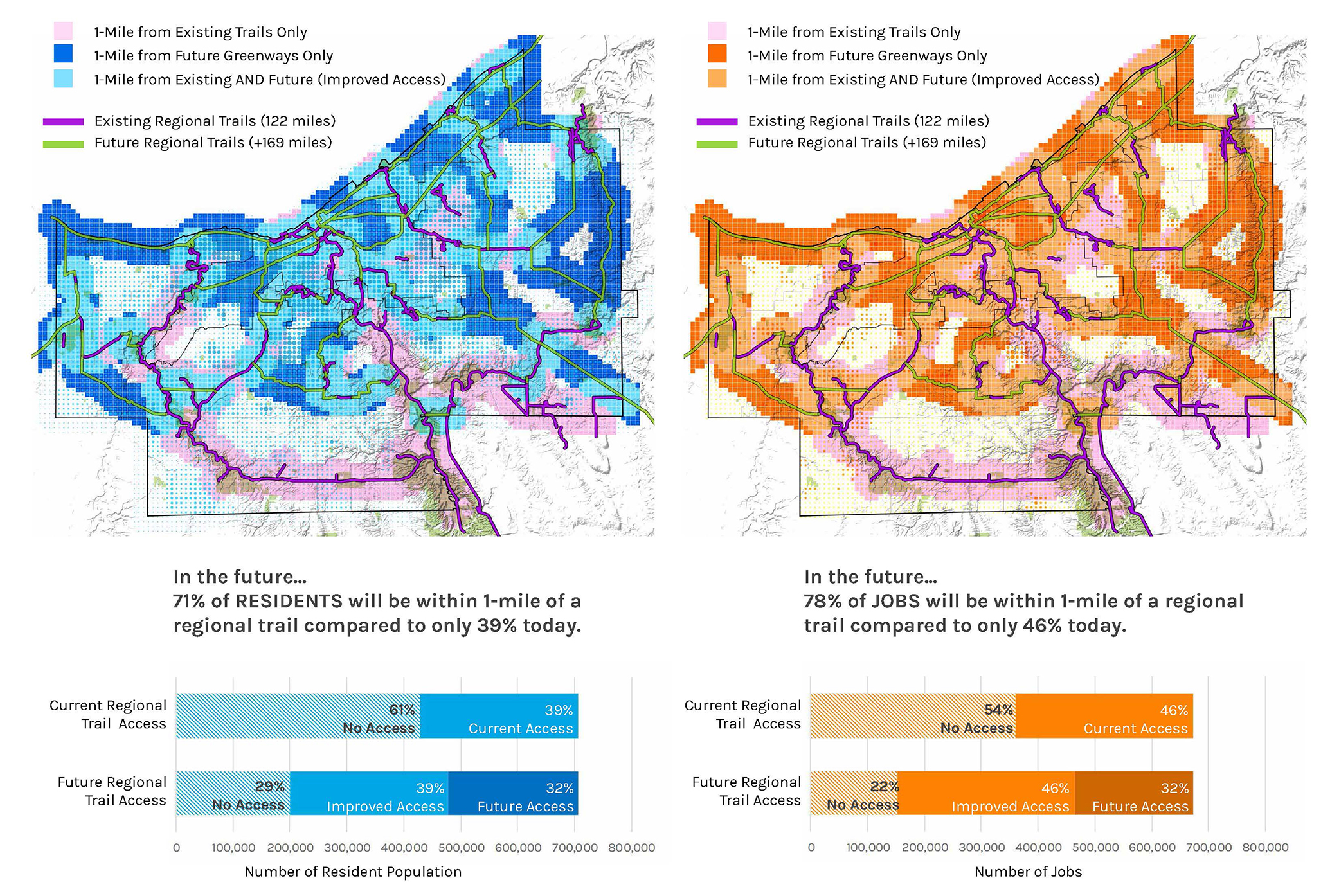 Cleveland and the surrounding Cuyahoga County in Ohio were designed for cars. One important way to address the negative health impacts of a car-based transportation system is to expand healthy transportation options for pedestrians and cyclists. Greenways are linear parks separate from surrounding streets and trails that feature safe bicycle and pedestrian paths. Through the 815-mile Cuyahoga Greenways plan created by landscape architects and planners at SmithGroup, some 59 communities will have healthier transportation connections to downtown Cleveland, Lake Erie, and each other.

Cuyahoga County is part of America’s rust belt, a highly urbanized region facing continued population decline due to the loss of manufacturing jobs. Despite having access to recreational areas, one quarter of Cuyahoga County residents are considered physically inactive and at risk for chronic health conditions that could be prevented through increased exercise and better nutrition.

In 2017, the Cuyahoga County Planning Commission, along with Cleveland Metroparks and the Northeast Ohio Areawide Coordinating Agency, engaged SmithGroup to undertake Cuyahoga Greenways, a comprehensive initiative to envision, plan, and implement greenways and urban trails that enable more residents to walk or cycle.

In addition to the core team and a technical steering committee, 59 Cuyahoga Country communities were engaged to develop a plan to improve the county’s health, well-being, and economic vitality. The public engagement process included public hearings, listening sessions, and an online survey. A GIS-based online planning tool was also made available so that community members could provide input to frame the recommendations.

According to SmithGroup, numerous factors were considered while developing the plan, but several related to equity and environmental justice were elevated during the analysis of greenway route options. These included a socioeconomic factor, aggregating median income, unemployment rate, and population density; a personal mobility factor, aggregating car ownership rates, percentage of people walking and biking to work, and population density; and a transit factor, focusing on first mile and last mile connections between transit routes and final destinations. These factors helped identify routes that increase access and transportation options for underserved and historically marginalized populations.

With the new framework plan, regional and local governments, agencies, and non-profit organizations have a shared blueprint for designing and building bicycle and pedestrian networks that complement one another while growing the overall network.

The framework plan identifies 815 miles of greenways and urban trails; 630 miles of which have not yet been built. Each community, with its own budgetary processes, will make decisions about how and when segments of the network will be implemented.

Glenn Coyne, former Cuyahoga County Planning Commission executive director, told Next City, “we don’t want to get in our car and drive everywhere. This is an effort to think about how we can use walking, biking, and transit to get around and link up our communities.” 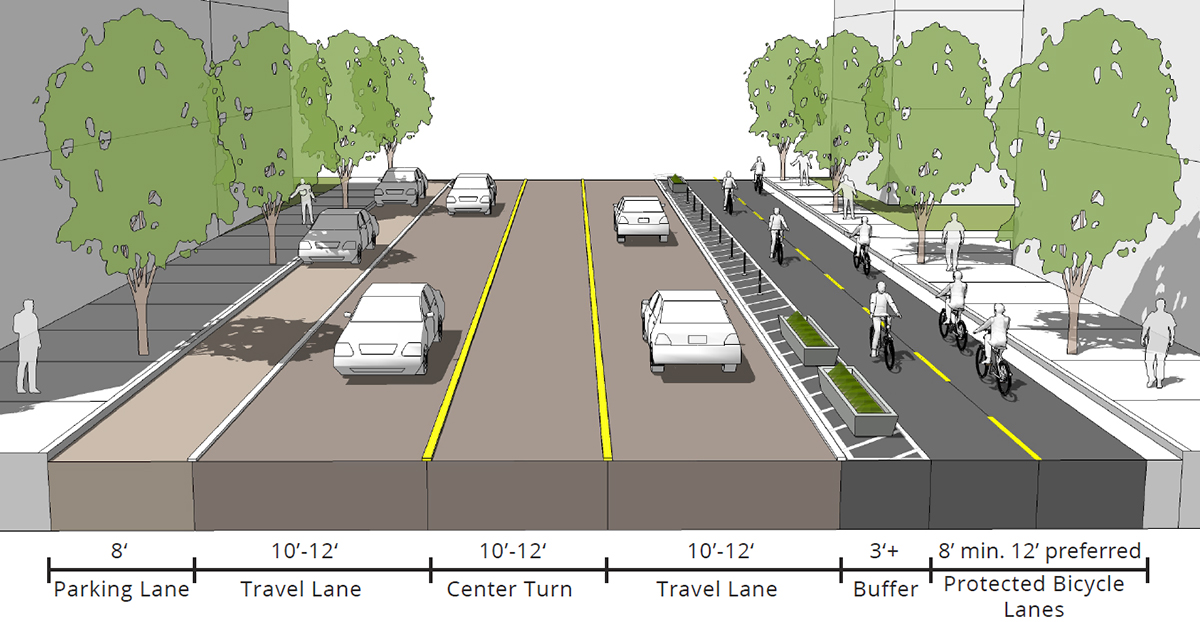