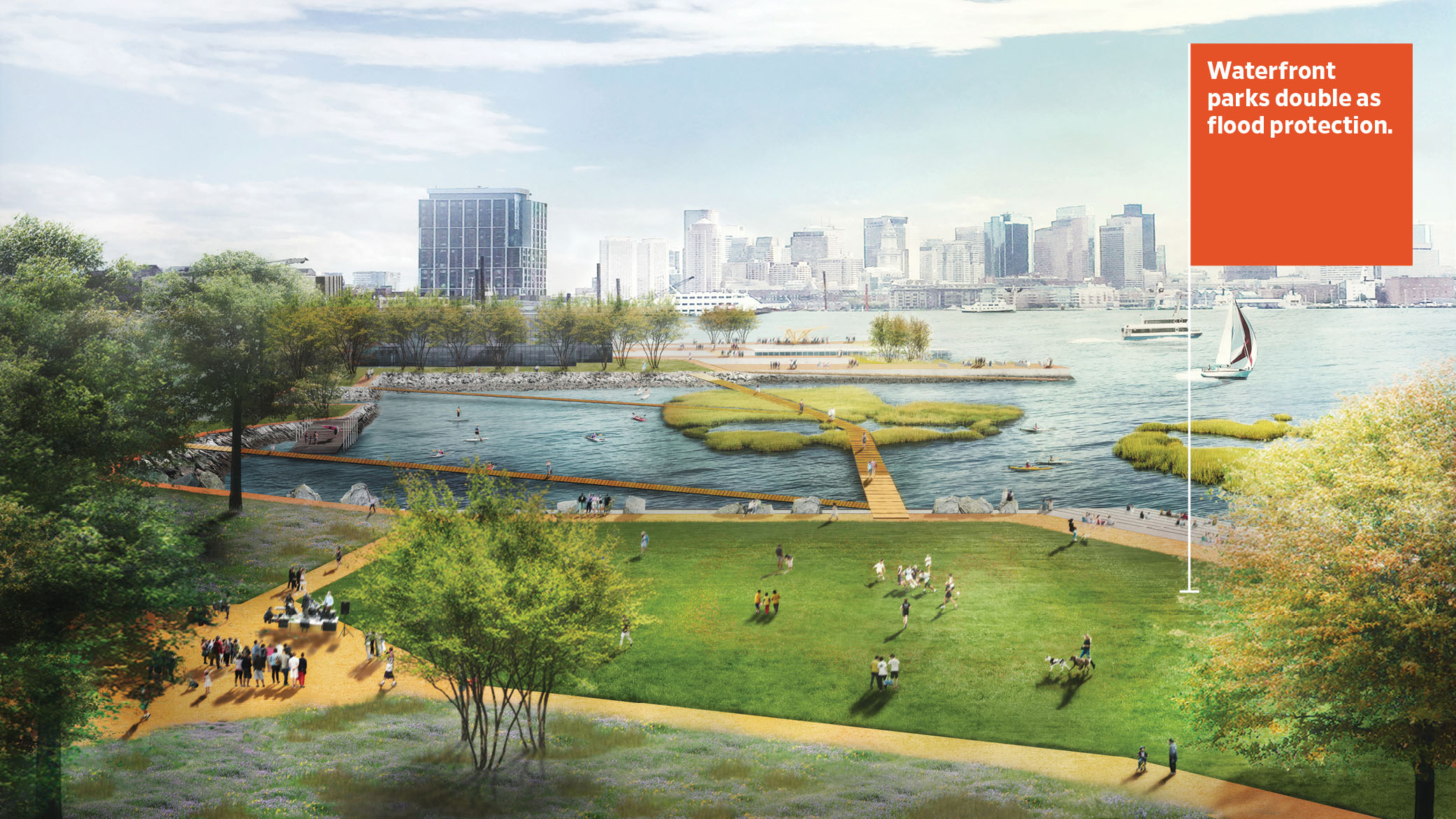 East Boston is at significant risk from climate change, as sea levels are estimated to rise nine inches by 2030 and up to 40 inches in major storm events by 2070. The city is taking action now, working with all levels of government and the private sector, through a climate resilience initiative called Climate Ready Boston. Stoss Landscape Urbanism, along with Kleinfelder and One Architecture and Urbanism (ONE), prepared the first neighborhood-specific plan of the initiative, which offers a network of landscape-based defenses—parks and natural buffers along the coast in East Boston to protect inland homes and businesses from flooding. By directing significant municipal resources toward a resilient landscape barrier ($142 to $262 million over the next few decades), Boston will net $644 to $751 million in benefits and provide a model for other coastal cities to follow to prepare for the impacts of climate change.

The original Climate Ready Boston report identified East Boston and Charlestown as two of the city’s neighborhoods most vulnerable to sea-level rise and coastal flooding. Stoss Landscape Urbanism co-led the subsequent projects that proposed solutions for protecting East Boston and Charlestown against the impacts of climate change. A combination of short- and long-term strategies will protect some of Boston's most disadvantaged communities and hundreds of millions of dollars' worth of critical infrastructure from the worst effects of extreme storm events like those that have ravaged parts of North Carolina, Puerto Rico, South Florida, and New York.

Near-term strategies include a deployable floodwall in the East Boston Greenway, new elevated open spaces at the greenway entrance, and Piers Park Phase II. Taken together, these approaches will protect more than 10,800 residents, at least 250 businesses, and critical infrastructure from a 100-year flood event with sea-level rise at levels projected for 2030, preventing an estimated $620 million in losses.

Long-term strategies will evolve to meet changing needs and address greater sea-level rise—an estimated 21 inches by 2050 and 36 inches by 2070. Elevated parks and pathways at Mario Umana and Shore Plaza will protect critical facilities and vulnerable affordable housing residents. Porzio Park and Massport Harborwalk Park will be elevated to address the flood pathway that could develop through this area by the 2050s. Existing parks and buildings will have to incorporate waterfront flood protection measures that tie into the broader system as they age and require renovation.

Full implementation of near- and long-term measures will protect against a 100-year flood event with sea-level rise at levels projected for 2050, preventing an estimated $1.3 billion in losses. 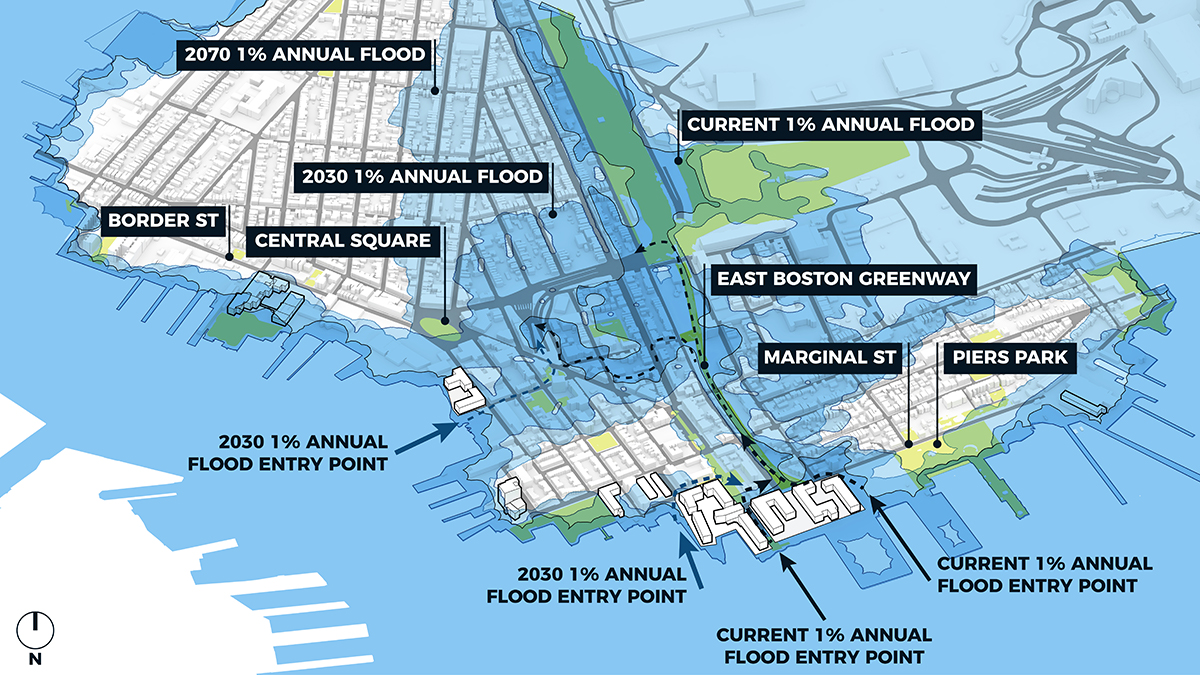